Jayne Hawkes was always on the move, and today was no different. Her college friends joked that she couldn’t sit still, even for a minute. Taking advantage of warm autumn weekend weather, she went hiking along a familiar trail on Panther Ridge, a mountain within easy driving distance of her campus. Jayne liked solitary walking, for the chance to be alone with her frequently all too crowded thoughts. 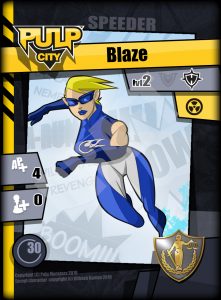 As she ascended, Jayne mused about how unusually quiet the trail was. She hadn’t seen anyone else for a couple of hours and that surprised her. Jayne carried on, planning to walk for an hour more before descending to avoid daylight giving way to dusk.

As Jayne advanced the sky suddenly grew darker. Looking up she saw no storm-laden clouds. Jayne checked her watch and phone, and both indicated the same time – she thought to herself that she should have plenty of daylight remaining.

From the corner of her eye Jayne caught sight of a blue flash. She turned her head and again, from the periphery of her vision she glimpsed another blue flare. Looking around she saw something ahead, dancing balls of azure flame. 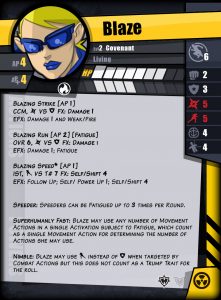 Transfixed, Jayne approached the burning lights without conscious thought. With each step forward the intensity of the twisting lights increased.

As Jayne finally reached the burning spheres, she stretched out her arm, and the blue became an intense white light until there was nothing.

Jayne awoke, drifting in an emptiness, bathed in swirling blue light. She felt fear creep through her until she tried to scream but no sound came forth. Jayne’s limbs thrashed around as she panicked, but there was nothing to push against and she simply drifted.

The blue light eddied about this strange place and enveloped her. Blue fire danced across her skin and Jayne began to calm. Then darkness enveloped her once more.

Jayne opened her eyes. She was lying upon the path she had been walking earlier. It was dark now. Her watch and phone were both broken, and she had no idea what time it was.

Jayne got herself up and was thankful she wasn’t injured. She decided to follow the trail she had walked up earlier, hoping there would be less chance to get lost. As she descended, she moved faster and faster until she noticed she was running. As she ran blue fire followed behind, casting enough light to make the path ahead safe! She ran faster and faster, the blue fire at her heels glowing brighter as she sped up. Within minutes she reached her parked car, a route that had taken her hours to walk previously. Realization hit then, she had superpowers!

Fabricating a costume, Jayne was soon an active hero, rescuing people from burning buildings, stopping muggers, doing anything and everything she thought superheroes did. She was Blaze now, and she would never stop moving.